A look at previous games

A look at previous games

Ok, this is going to be long.
So, it seems we all come from playing various other voxel/space games. We all have likes and dislikes from those games, and have come here probably because Skywanderers looks to take the best from those games. This is something we are all hoping for, but unless we communicate those hopes, it may never happen.

In this thread, I figure we can take a look at other games, not to simply bash them, but to look at what we liked, and what we didn't like. This, i am hoping, should give Tsunamayo some of our thoughts on what could make a good game. A fair warning: I won’t be able to test Skywanderers for a few hours, but that shouldn't affect what I like/dislike about other games.

To begin with, i will start with the games we all seem to compare SW to. A fair warning, this all just came out of my head, it may be a bit disorganized.

Starmade
What i liked: I really liked how simple it was to run starmade. When comparing to Space Engineers, it was so silky smooth. it wasn't as intensive on physics calculations, or graphical fidelity, so i would chalk it up to that, I'm not a coder though. I liked how customization the weapons were. for those who never played the more recent builds, you have weapon types, and weapon effect blocks, and when you mixed them, you could create just about any type of weapon you would want in a spaceship game, well except ballistics, i really like good old fashioned bullets. I also liked how much there was to explore, the planets were varied, but this subject is a mixed emotion for me...

What i didn't like: The feel. Maybe it’s a mix of the GUI, and the way things were built, but it just didn't feel like space and spaceships, it always felt a little off. Also, the destruction was a bit weird as you were essentially trying to disintegrate other ships. I'm not sure how to put into words this gripe, but it may be a combination of a few things.
Another thing that just didn't get me, and feels important were the planets. they never felt like, well, planets. because everything was to be built out of the same blocks, planets, which need to be round, just won’t work, and they never did in Starmade. also, they were a bit demanding, and incredibly small for the amount of impact they had on performance. They never loaded fast enough either, and the pop-in was pretty jarring.

Space Engineers
Ok, I LOVE this game. Unfortunately, a lot of what I love creates some of the down sides to this game. Battles in spaceships in this game were awesome. There's nothing like the cacophony of cannon/missile fire while on board a larger starship, seeing your ship get hammered, with pieces flying off into space, all the while watching your shots rip through the enemy. And in a small fighter there was some real risk, any one shot could be the one to do you in, making fighter battles adrenaline filled.
Building felt pretty good. After the before mentioned battles, you could be outside, with a welder, putting your ship back together. The extra steps involved allowed you to really see your ship take shape:

This could be done with handheld tools, or tools mounted to a ship, which made it necessary to build ships not just for transportation or combat, but for all kinds of utility roles, like disassembly, construction, refining, etc.

What i didn't like: Like i said, it’s kind of a two-edged sword. All those steps to construct ships? it was a bit difficult to explain to new players. and battles were a bit brutal if it took a while to build your ship. I kind of liked this, but it was a bit of a barrier to many players. Also, the performance is abysmal in multiplayer. This can’t be stressed enough: Multiplayer is terrible. In a game like this, you want to build a ship, have a crew and do...spaceship things. but this could not be done when your crew got teleported out of the ship randomly, or any moving part on your ship could cause catastrophic destruction of that ship. This was due to sync issues and the physics.

Minecraft
We probably all know Minecraft well enough. What got me on board back in the day was, I saw a 10-minute video explaining what you needed to do to survive your first day. I was hooked.
the progression of having nothing but the resources around you, and a whole day before things get dangerous, was exciting. Having NPCs, and things to discover were kind of underrated in that game. Sure, the building mechanic was intuitive, and I feel that stems from the crafting recipes making a lot of sense, but exploration is my biggest motivation in games. I love climbing that next hill to be greeted by a new vista, or lush biome.
Sense of Danger
What this game really got right was the risk. Once you build a shelter, you had a choice, you could stay inside and you would be safe. Or, you could venture out, be rewarded and build a better shelter. You know the risks in going out. You were rewarded for the risk, but you could rarely blame the game for your death, it was a risk you took. This is important. In other games, like space engineers, it got frustrating when a Hound or spider would spawn. These things spawned within range of you no matter what, and instantly started hunting you. With MC, the bad guys spawned across the map, or at least somewhat out of range, you might get attacked if you stood still, but most of the risk was when you approached the NPCs, whether knowingly, or unknowingly.
Redstone
Then there’s redstone. I never made an 8-bit computer in Minecraft or anything like that, but I learned to build basic things like automated railways, large piston doors, etc. This was an entirely new dimension. I could build a sweet house, but when i integrated redstone machines into it, I made it mine.
TL;DR

...i agree with the starmade planets issue they really need to be dealt with hopefully this game takes a better aproach to planets personally id like it to load you into a mine craft style world when you enter the atmosphere so you could have large not too intensive planetscapes only issue would be how would a ship in orbit say destroy a base or structure on the planets surface 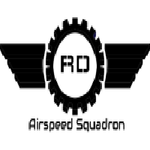 I would be totally of with planetary re-entry transferring you to a minecraft-like world, but where the ends loop together by teleporting you from one edge to another.

I am also OK with the planets not using a voxel system at all, and just being terrain meshes with resources just spawning a bit like a survival/non-voxel game.

Starmade just tried to use the same block system for everything, which just doesn't work for round planets, imho.